December 30th is Matt's Day in our home.

He died on this day at age 23 in 2001. He was killed by a drunk driver speeding down the wrong way on I69 between I469 and the Dupont South exit. We think of him almost every time we drive past that spot. Which is often. And we do little things on this day to remember him, though I think of him a lot anyway. Today I wore his old Montreal Canadiens NHL jersey. And listened to Rusted Root, Weezer, Wallflowers, and DMB in his honor.

I also make a point to sit and reflect about life and death, love and forgiveness, meaning and hope. I've not always handled well the tragic death of my little brother Matt. Thoughts of his death can easily fuel morose musings of the meaninglessness of life. That's where Kierkegaard comes in so handy. He has been an essential friend and guide in the many years since Matt was killed.

This evening I read and reflect in front of a lovely fire while the temperature outside dips down, down, down into deep chilliness. The heat of the fireplace, though, directs my heart towards learning to love my dead brother Matt. 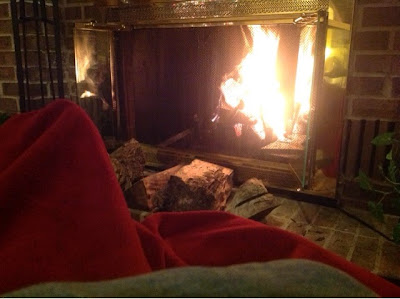 You'd think that death ends the love two brothers have for each other. But St. Paul writes that "love abides." What does that mean for those that protest death and grieve the dead? Kierkegaard writes words that kindle hope for a love that abides, in this life and the next:


The one who truly loves never falls away from love.

He can never reach the breaking point. Yet, is it always possible to prevent a break in a relationship between two persons, especially when the other has given up? One would certainly not think so. Is not one of the two enough to break the relationship?

In a certain sense it is so. But if the lover is determined to no fall away from love, he can prevent the break, he can perform this miracle; for if he perseveres, a total break can never really come to be.

By abiding, the one who loves transcends the power of the past. He transforms the break into a possible new relationship, a future possibility.

The lover who abides belongs to the future, to the eternal. From the angle of the future, the break is not really a break, but rather a possibility. But the powers of the eternal are needed for this. The lover must abide in love, otherwise the heartache of the past still has the power to keep alive the break.


It is too easy to let hate and bitterness rule my heart in response to the senseless death of my brother. It's been hard work to make sense of his tragedy and let love reign over it. There were regrets I had about our relationship.

I wanted to be a better big brother. I should have been there for him more. More present and interested in him. I was busy launching my own life, getting married, finishing up school, starting a church. I was there for some of his big moments. But not for any of the little ones.

It's been difficult to figure out what kind of future I can have with my dead brother when the years preceding his death were seeds for regret after his funeral.

The whole thing depends upon how the relationship is regarded, and the lover - he abides.

Can anyone determine how long a silence must be in order to say, now there is no more conversation?

Put the past out of the way; drown it in the forgiveness of the eternal by abiding in love. Then the end is the beginning and there is no break!

But the one who loves abides. "I will abide," he says. "Therefore we are still on the path of life together." And is this not so?

Reconciled to himself and to his conscience, the one who loves goes without defense into the most dangerous battle. He only says: "I abide." But he will conquer, conquer by his abiding.

There is no misunderstanding that cannot be conquered by his abiding, no hate that can ultimately hold up to his abiding - in eternity if not sooner. If time cannot, at least the eternal shall wrench away the other's hate.

Yes, the eternal will open his eyes for love. In this way love never fails - it abides.

That's what I'm choosing to learn to do on Matt's day.

Love abides.
Posted by Tim Hallman at 7:40 PM No comments: