Arrgh - who to vote for?

Does it really matter who is the president?

With all of the bureaucratic bulk that makes up our government, how much change can a president bring about?

I know, I know - the next president could make some key Supreme Court justice appointments. That's kind of a big deal...

Since they are human beings, they have dirt in their story, specks in their eyes, and flaws in their character. Which ones are worse?

And they are both politicians, which makes me wary of both of them. By virtue of their profession, they must deal with the powerful temptation to say what needs to be said in order to increase the liklihood of being elected.

And you really have to wonder about somebody who wants to be president as much as they do. Anybody who eagerly aspires for that kind of high profile position is somebody that you have to raise an eyebrow at and dabble in a little bit of skepticism.

About Obama - I don't like his idea of universal healthcare. It takes a terrible health-care system and instead of taking strong steps to really change it and improve it, he just wants to make sure that the same terrible system is available to everyone. (Yes, that is a cynical overgeneralization.)

About McCain - I don't like his support of the war. We should have never gone to war in Iraq in the first place. But, now that we are there, I think he is more capable of helping the USA "extract" it's military from the region. I do have my doubts, though.

And then there is the issue of our common heritage as Christians - me, Barak, and John all claim to be followers of Christ. How does my faith and following of Jesus inform my decisions about who I vote for in November?

God does have an opinion on economics, on labor, on justice, on health, on education, etc. What does God want of American Christians and our political realities?

The goal was that I would finish graduate school by the time Emma started kindergarten. We met that goal with about two weeks to spare. Needless to say, both Emma and I are very excited - me, being done, and Emma just getting started.

Monday evening was an open-house: she got to see her table, get her picture taken by the teacher, say hi to the teacher, and meet some friends. Oh, and play on the playground. 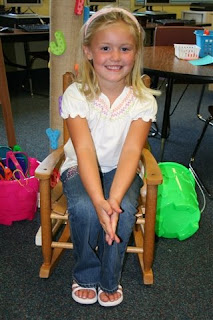 The First Day! Emma was just as excited at the new outfit she got to wear as she was going to school. 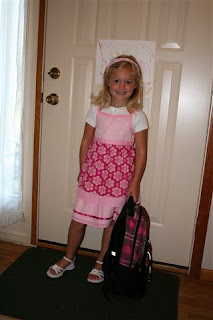 Showin' off the cool backpack! 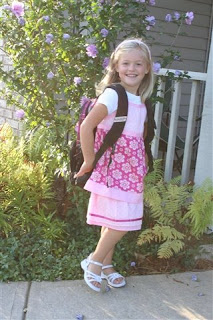 Here we are at the school, waiting outside with the other kids to go in for the first day. 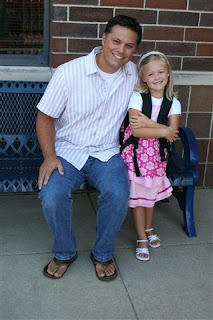 A proud Dad and Mom trying not to be teary-eyed! 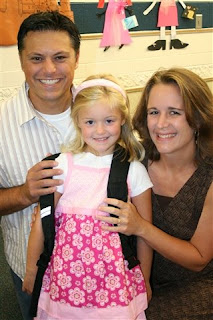 Emma at her new locker - Momma's helping her get the stuff arranged. 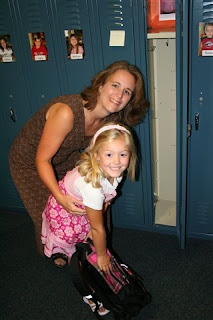 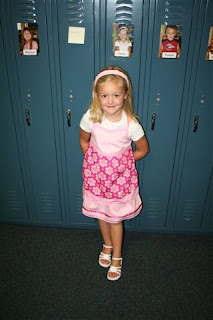 I got a little nervous when our little Emma raised her hand prior to the story. What could she possibly have to say? Mrs. Hathaway kept talking, and Emma kept her hand up. Finally, the teacher asks her student what she wants to say: "When I was in preschool, I loved recess." Which is followed by a half-dozen other kids affirming that recess was also their favorite in preschool. Eventually the teacher gets the class quiet so that she can do her story. 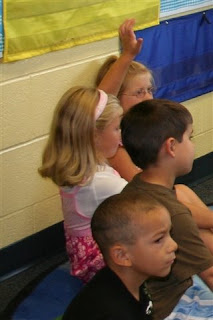 Following the story, Emma raises her hand again. She is being polite, but again, what could she have to say? Mrs. Hathaway keeps talking, Emma keeps her hand up. Finally Mrs. Hathaway acknowledges the stiff, upright arm: "Yes Miss Emma?" "I already heard that story." Which is again followed by most of the class clamoroing that they also have also heard the class. Not too embarassing for the first day. :) 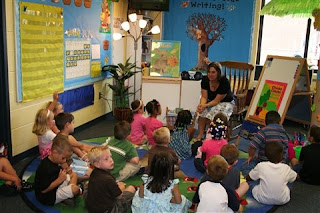 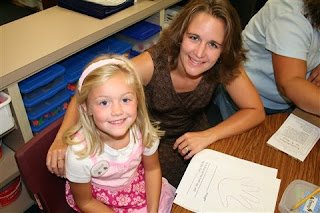 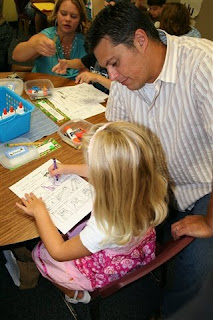 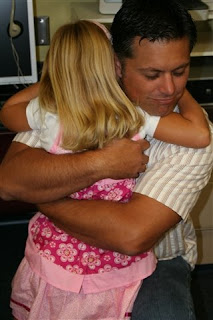 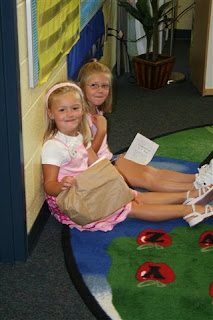 It is kind of neat that Tara can check in on our big little kindergartner during lunch! Cheese pizza - life is good at school. 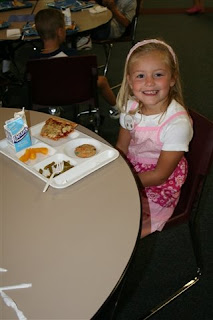 Email ThisBlogThis!Share to TwitterShare to FacebookShare to Pinterest
Labels: Family

Five years ago this month I began my first class...and about twenty-five classes later...done.

I'd like to take a moment to extend my deepest gratitude to my beautiful, loyal wife Tara. This was a decision we made together, though initiated by me. We traveled up to Deerfield a month after Emma was born to scope out the school, we prayed over it, anxiously awaited the acceptance letter, and made financial arrangements then for the first class in the fall. And then the madness began.

Tara - this was a hard venture for us to go through...but we got through it together. I couldn't have done this without your partnership, you made it possible in so many ways. You made sacrifices...some I know of, many I don't. We had to keep reminding ourselves of why we chose to go this path...we knew it was the right choice...but we had to endure the overwhelmingness of it together. It got really hard, and then it slowed way down. The three summers that I was gone, the three summers where I missed Emma, Levi, and Isaac growing up...that still weighs on me, and I know it was difficult for you. The past two years have been easier, the schedule has been much more acceptable. And as the schoolwork wound down, the relief began to emerge. I know that you are just as excited for me to be done as I am - in a good way. We have accomplished a lot together, you and me... we did it.